The Merchant of Venice – RSC 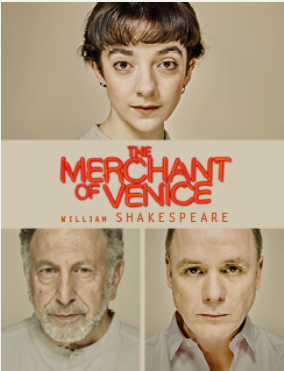 We will be showing The Merchant of Venice live from the RSC, Stratford-upon-Avon at 7pm on Wednesday 22nd July 2015.

In the melting pot of Venice, trade is God. With its ships plying the globe, the city opens its arms to all – as long as they come prepared to do business and there is profit to be made.

When the gold is flowing all is well – but when a contract between Bassanio and Shylock is broken, simmering racial tensions boil over.

A wronged father, and despised outsider, Shylock looks to exact the ultimate price for a deal sealed in blood.

Polly Findlay (Arden of Faversham 2014) directs Shakespeare’s uncompromising play with Makram J. Khoury, one of the most celebrated actors in Israel, in his RSC debut as Shylock. The cast also includes Patsy Ferran as Portia, also making her RSC debut following her recent role as Jim in Treasure Island at the National Theatre and Jamie Ballard, returning to the RSC as Antonio, following Written on the Heart and Measure for Measure (2011).