We will be showing Arthur Miller’s All My Sons live from The Old Vic on Tuesday 14th May at 7.00pm.

Despite hard choices and even harder knocks, Joe and Kate Keller are a success story. They have built a home, raised two sons and established a thriving business.

But nothing lasts forever and their contented lives, already shadowed by the loss of their eldest boy to war, are about to shatter. With the return of a figure from the past, long buried truths are forced to the surface and the price of their American dream is laid bare.

All My Sons is an Old Vic co-production with Headlong

We like to support our sister organisation, Tideswell Community Players, whenever we can. Their latest production is imminent and looks to be one to remember.

Deception and its Consequences

Arthur Miller’s stunning play All My Sons is coming to the magnificent surroundings of Tideswell Church on 10 – 12 November.

Performed by Tideswell Community Players, it is a compelling story of the outcome of war on two families, with themes of love, guilt and the corrupting power of greed. The play was Arthur Miller’s first great Broadway success and sealed his reputation as one of the most influential playwrights of the 20th Century.  It is a great privilege for it to be performed in this splendid and atmospheric setting at this time in November and a fitting tribute for Remembrance Day.

Based on a true story about the supply of defective aeroplane engine parts to the US military in World War 2. It shows the consequences of the massive deception on those involved and the lasting effect of the loss of a son.

A powerful must-see drama that will simply take your breath away, from the local theatre company that brought you the sell-out The Stirrings in Sheffield on Saturday Night and many others. Don’t miss it!

Originally broadcast in April 2015, we have an encore showing of Arthur Miller’s A View from the Bridge on Thursday 12th May 2016 at 7pm.

The great Arthur Miller confronts the American dream in this dark and passionate tale. In Brooklyn, longshoreman Eddie Carbone welcomes his Sicilian cousins to the land of freedom.

But when one of them falls for his beautiful niece, they discover that freedom comes at a price. Eddie’s jealous mistrust exposes a deep, unspeakable secret – one that drives him to commit the ultimate betrayal.

You can view the National Theatre trailer here.

Please arrive by 6.30pm to register. This event runs for 2 hours 30 minutes with no interval.

Our next theatre broadcast is on Thursday, 18th May at 7.30pm.

We still have some seats left for the encore showing of arguably last year’s most dramatic broadcast. 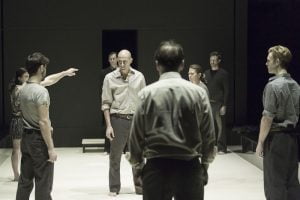 Arthur Miller confronts the American dream in this dark and passionate tale. Brooklyn longshoreman Eddie Carbone welcomes his Sicilian cousins to the land of freedom. But when one of them falls for his beautiful niece, they discover that freedom comes at a price. Eddie’s jealous mistrust exposes a deep, unspeakable secret – one that drives him to commit the ultimate betrayal. 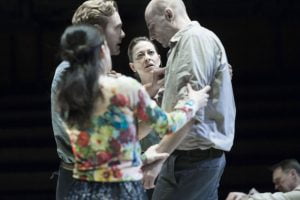 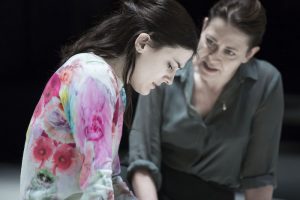 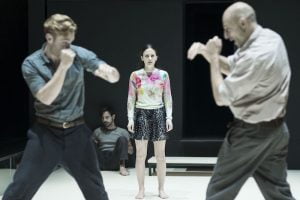 Tickets are £10 and details of how to book are here.