The Umbrellas Of Cherbourg

This romantic drama was an international hit when first released, winning the Palme d’Or at The Cannes Film Festival. It is still considered to be one of the best romantic films of all time.

The story spans a period of six years and is told entirely in song (with wonderful music by Michel Legrand).

Geneviève and Guy are madly in love and want to get married but are forcibly separated when he is drafted to fight for the French in Algeria. The decisions they must make will take their lives in different directions, but they are destined to meet again. 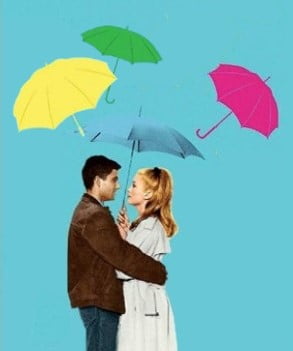