Queen: A Night In Bohemia

We will be showing a special broadcast of Queen’s A Night In Bohemia on Thursday 21st April at 7.30pm.

Filmed live on Christmas Eve 1975 at the Hammersmith Odeon in London, and bringing to a climax the most eventful and exciting year so far in the band’s career, this ground-breaking concert was transmitted live on BBC Two’s Old Grey Whistle Test. It captured the band firing on all cylinders as they performed breakthrough hits like Killer Queen, Liar, Keep Yourself Alive and Now I’m Here, as well as the now monumental classic Bohemian Rhapsody.    Trailer

This special cinema event includes a fascinating archive documentary featuring performance footage and interviews with all four members of the band, offering an illuminating insight into the game-changing year of 1975.

Doors open 30 minutes before the performance commences. Please arrive in plenty of time to register. There is no interval in this broadcast. 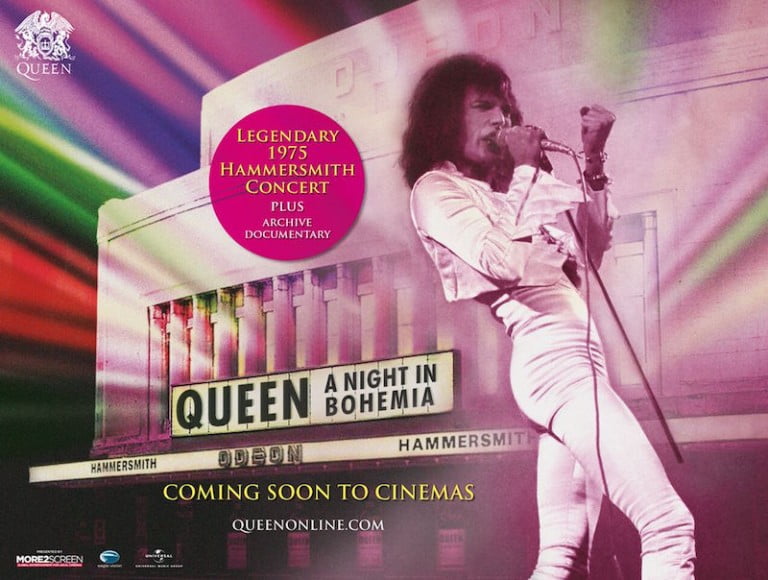