We will be showing Matthew Bourne’s The Red Shoes filmed live at the Sadler’s Wells Theatre on Tuesday 19th May at 7.15pm

The Red Shoes is a tale of obsession, possession and one girl’s dream to be the greatest dancer in the world. Victoria Page lives to dance but her ambitions become a battleground between the two men who inspire her passion.

Based on the classic film by Michael Powell and Emeric Pressburger and the Hans Christian Andersen fairy tale. Set to the achingly romantic music of golden-age Hollywood composer Bernard Herrmann, The Red Shoes is orchestrated by Terry Davies.

Matthew Bourne commented: ‘I’m proud that for nearly twenty years, New Adventures has built an unprecedented audience for dance. Cinema plays a vital role in ensuring we can take our productions to many more places, both across the UK and around the world, than it is possible for us to reach with our live performances. I am delighted that our dance production of The Red Shoes, based on the Powell and Pressburger film that I have loved since I was a teenager, will now have its moment on the big screen.’

Doors open 30 minutes before the performance commences. Please arrive in plenty of time to register. Please note that this broadcast does not have an interval. 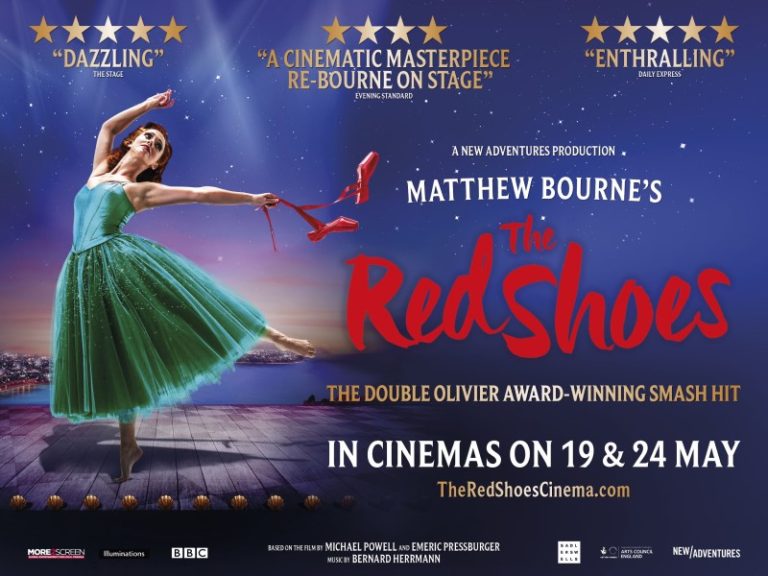