We will be showing Tennessee Williams’  Cat On A Hot Tin Roof  on Tuesday 13th March at 7.00pm.

Tennessee Williams’ twentieth century masterpiece Cat On A Hot Tin Roof is a searing, poetic story of a family’s fight for survival.

Produced by the Young Vic following the success of Yerma, this performance was captured live during the show’s limited twelve week run at the Apollo Theatre in the West End 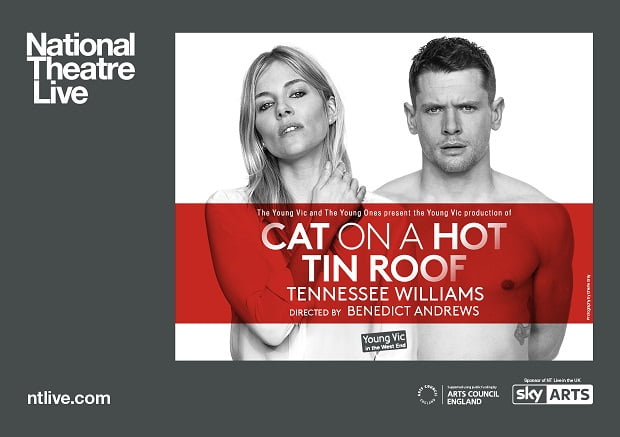