Puppetry, magic and storytelling combine in a unique, Olivier Award-winning stage adaptation of the best-selling novel.

After a cargo ship sinks in the middle of the vast Pacific Ocean, a 16-year-old boy named Pi is stranded on a lifeboat with four other survivors – a hyena, a zebra, an orangutan and a Royal Bengal tiger. Time is against them, nature is harsh, who will survive?

Filmed live in London’s West End and featuring state-of-the-art visuals, the epic journey of endurance and hope is bought to life in a breath-taking new way for cinemas screens.

★★★★★ ‘It will make you believe in theatre. A triumph.’ Sunday Times
★★★★★ ‘Puppetry, projection and magic combine to stunning effect in a superlative stage adaptation.’ The Stage
★★★★★ ‘A wonder to behold.’ Daily Mail
★★★★★ ‘Everything about this production is amazing.’ Observer
★★★★★ ‘The puppetry is out of this world.’ Mail on Sunday
★★★★★ ‘Breath-taking. It will make you believe in the power of theatre. Roar it out: this is a hit.’ The Times
★★★★ ‘Extraordinary. One of the most visually stunning shows I have ever seen.’ Time Out 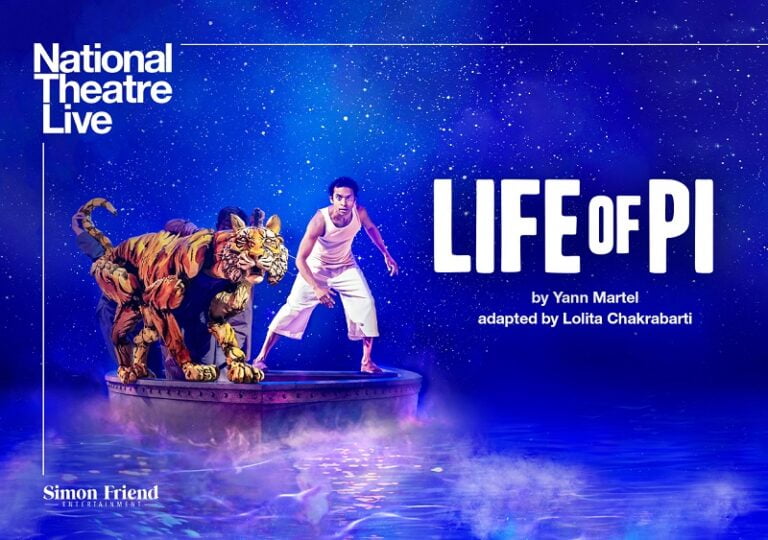