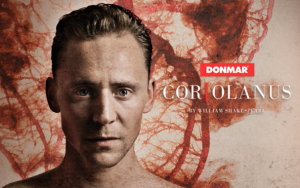 Please arrive by 6.30pm to register and to order interval drinks if you wish. Total running time is 3hr. 10min including interval.