We will be showing a specially filmed performance of Charles Dickens’ A Christmas Carol on Tuesday 11th December at 7.30pm.

Based on Charles Dickens’ own performance adaptation, Simon Callow and director Tom Cairns have created a one-man theatrical extravaganza of festive storytelling that is both heart-warming and deeply moving.

Following critically acclaimed, sold-out theatre seasons in 2011, 2012 and again in 2016, Simon Callow returns to wow audiences with this tour de force performance, re-imagined especially for cinema.  A Christmas must see!

‘Beautiful and magical’ The Telegraph

‘As rich as figgy pud’ The Guardian

Please note there is no interval in this performance. 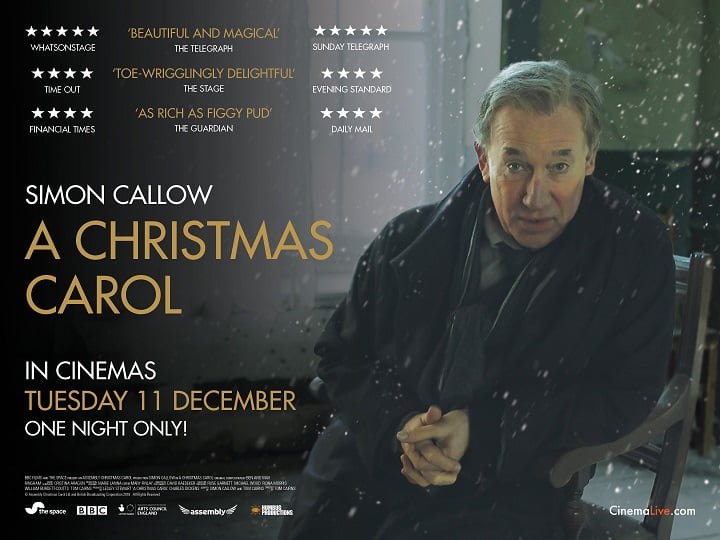