Almeida Theatre: The Tragedy Of King Richard The Second 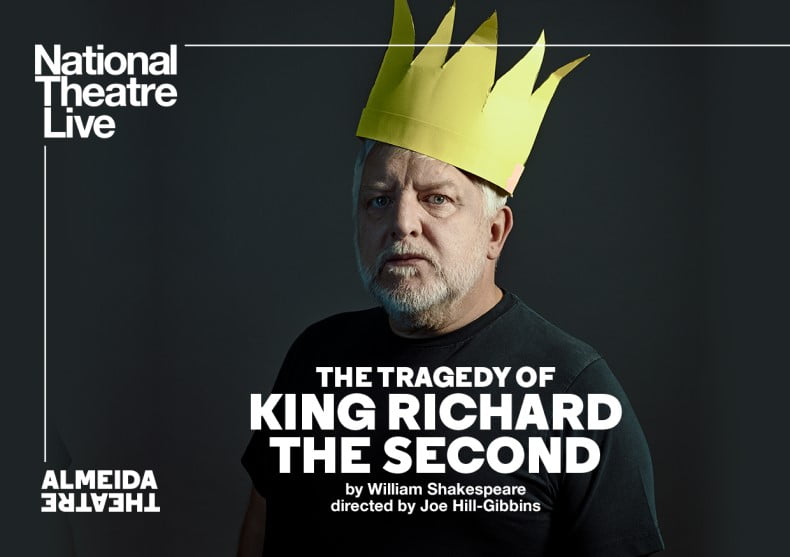 We will be showing William Shakespeare’s The Tragedy Of King Richard The Second live from the Almeida Theatre at 7.00pm on Tuesday 15th January.

King: The male ruler of an independent state; one who inherits the position by right of birth.

King of the castle: A children’s game in which each child attempts to stand alone on a mound, or sandcastle, by pushing other children off it.

Richard II, King of England, is irresponsible, foolish and vain. His weak leadership sends his kingdom into disarray and his court into uproar. Seeing no other option but to seize power, the ambitious Bolingbroke challenges the throne and the king’s divine right to rule.

It is directed by Joe Hill-Gibbins, whose previous plays include Little Revolution at the Almeida and Absolute Hell at the National Theatre.

★★★★ Evening Standard
‘A timely portrait of a country in chaos.’
‘Simon Russell Beale is a great Shakespearean actor, capable of exquisite vulnerability and ravenous passion.’

★★★★ Time Out
‘Simon Russell Beale and Leo Bill shine in this alarmingly familiar depiction of England in total chaos.’
‘A brisk, sardonic, gore-spattered take on the play.’

★★★★ Independent
‘Simon Russell Beale proves himself our foremost Shakespearean actor.’
‘A fresh and challenging evening. A stripped-back and arresting production.’

★★★★ The Times
‘Simon Russell Beale is excellent.’
‘By the end the stage is a mess. But then, that’s politics.’

The George Inn serves meals – please contact them if you would like to book a pre-show meal.