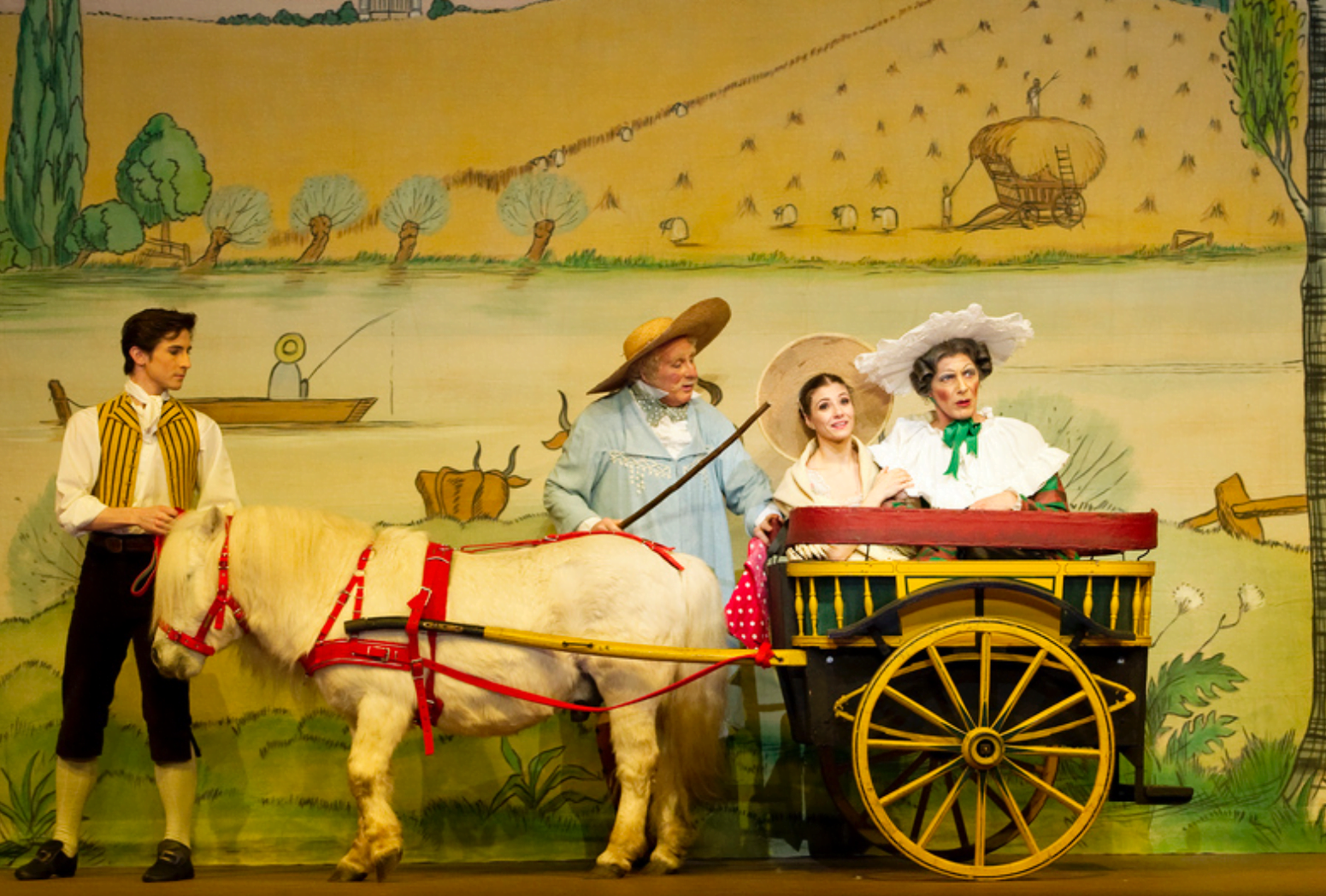 We will be showing La Fille mal gardée live from the Royal Opera House, London on Tuesday 5th May 2015.

Frederick Ashton’s final full-length ballet La Fille mal gardée (The Wayward Daughter) is one of his most joyous creations, inspired by his love for the Suffolk countryside. It is based on an 1828 French ballet and the music was adapted by John Lanchbery from Ferdinand Hérold’s original score. La Fille mal gardée was a resounding success on its premiere in 1960 and has remained a firm favourite in The Royal Ballet’s repertory.

La Fille displays some of Ashton’s most virtuoso choreography – the youthful passion of Lise and her lover, Colas, is expressed in a series of energetic pas de deux. The ballet is laced with good humour and a whirl of dancing chickens, grouchy guardians and a halfwit suitor take to the stage. Ashton affectionately incorporated elements of national folk dance into his choreography, from a Lancashire clog dance to a maypole dance, making La Fille mal gardée (despite its title) The Royal Ballet’s most emphatically English work. Osbert Lancaster’s colourful designs reinforce the bucolic wit of the production.

Lise is the only daughter of Simone, a widow and owner of a prosperous farm. She loves Colas, a young farmer – but her mother has far more ambitious plans, and has determined Lise should marry Alain, the son of a wealthy landowner but Alain seems as uninterested in marrying Lise as Lise is Alain…
Please arrive by 6.45pm to register and to order interval drinks if you wish.
The George Inn serves meals – please contact them directly on 01298 871382 if you would like to book a pre-show meal.