While on holiday John, Susan, Tatty & Roger Walker set sail on a boat named Swallow and discover an island. As they begin to explore they realise the island has already been claimed by sisters Nancy & Peggy Blackett, who have their own vessel called the Amazon. The sisters’ mysterious uncle Jim Turner is thought of as a pirate by the Walker children but when Jim is taken captive by secret agent Lazlow the children put aside their rivalry and band together on a mission to discover what happened to him. 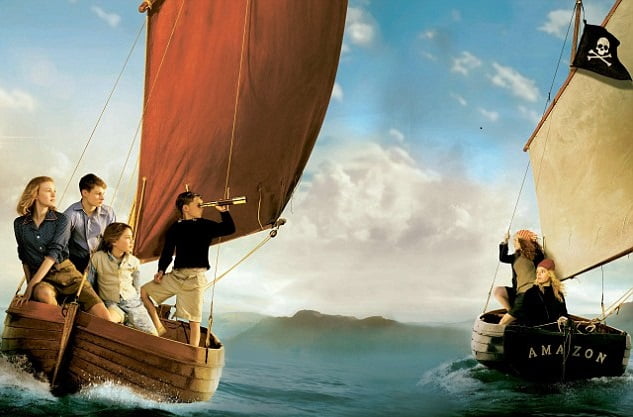