We will be showing Love’s Labour’s Lost filmed at the RSC, Stratford-upon-Avon in 2015 on Tuesday 12th March at 7pm

Summer 1914. In order to dedicate themselves to a life of study, the King and his friends take an oath to avoid the company of women for three years. No sooner have they made their idealistic pledge than the Princess of France and her ladies-in-waiting arrive, presenting the men with a severe test of their high-minded resolve.

Shakespeare’s sparkling comedy delights in championing and then unravelling an unrealistic vow, and mischievously suggesting that the study of the opposite sex is in fact the highest of all academic endeavours. Only at the end of the play is the merriment curtailed as the lovers agree to submit to a period apart, unaware that the world around them is about to be utterly transformed by the war to end all wars.

Christopher Luscombe directs one acting company in both Love’s Labour’s Lost and Love’s Labour’s Won (usually known as Much Ado About Nothing). Christopher’s directing credits include The Comedy of Errors and The Merry Wives of Windsor for Shakespeare’s Globe as well as The Madness of George III and Spamalot in the West End. 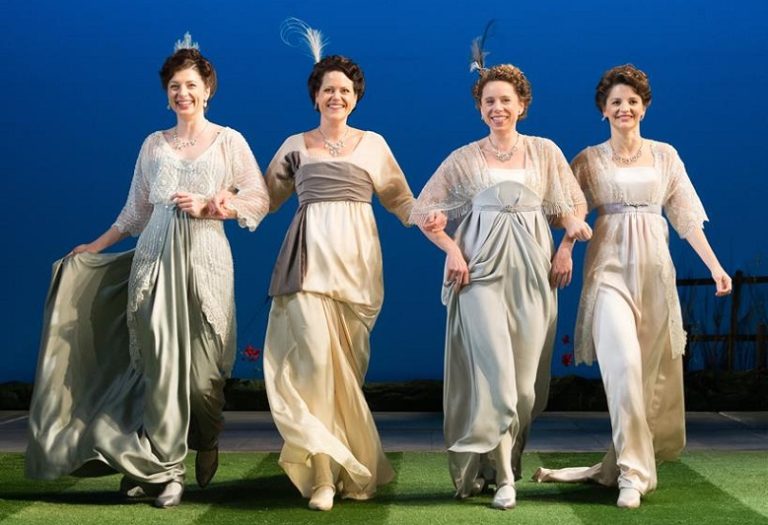