We will be showing Verdi’s Macbeth live from the Royal Opera House on Wednesday 4th April at 7.15pm

The warrior Macbeth fights on the side of the King of Scotland – but when a coven of witches prophesy that he shall become king himself, a ruthless ambition drives Macbeth and his wife to horrific acts.

Murder makes Macbeth king, and intrigue and butchery are the hallmarks of his brief, doomed reign. The witches make another prediction, which also comes true: Macbeth and his lady lose their lives, and justice is restored.

Verdi’s opera on Shakespeare’s tragedy is conducted by Antonio Pappano, with a magnificent cast including Anna Netrebko, Željko Lučić and Ildebrando D’arcangelo.

Verdi’s life-long love affair with Shakespeare’s works began with Macbeth, a play he considered to be ‘one of the greatest creations of man’. With his librettist, Francesco Maria Piave, Verdi set out to create ‘something out of the ordinary’. Their success is borne out in every bar of a score that sees Verdi at his most theatrical: it bristles with demonic energy. 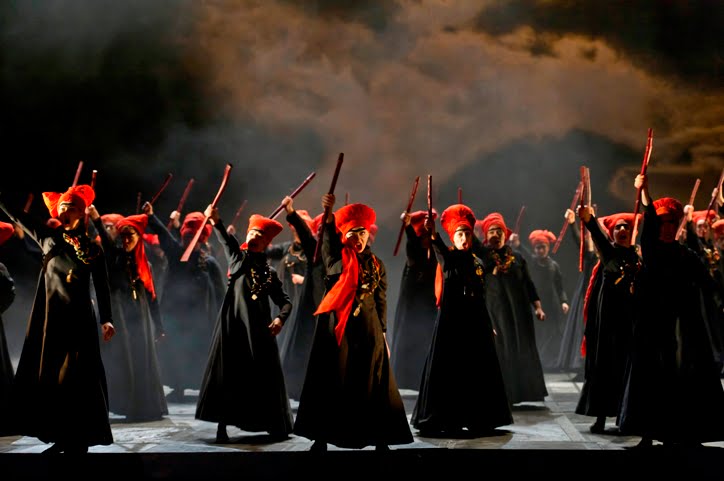