The true story of investigative journalists at The Boston Globe known as ‘Spotlight’.

The team uncover a scandal revolving around allegations of child abuse within the Catholic Church and the wilful ignorance of those in power who have done nothing to stop it. Facing political opposition and resistance from the far-reaching influences of the Church, the reporters put together an explosive exposé revealing that the truth is much darker than they could have ever imagined. 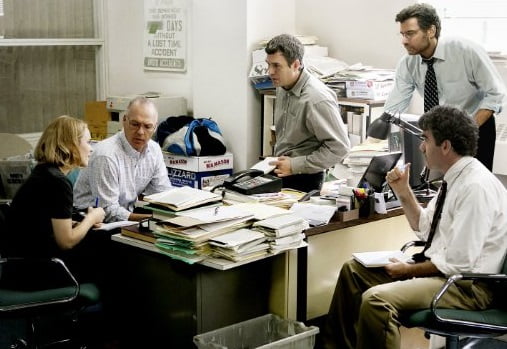