We will be showing Shakespeare’s The Merry Wives Of Windsor live from The Globe Theatre on Thursday 20th June at 7.20pm.

Double-meanings, disguises and dirty laundry abound in The Merry Wives Of Windsor as Sir John Falstaff sets about improving his financial situation by wooing Mistress Page and Mistress Ford. But the ‘Merry Wives’ quickly cotton on to his tricks and decide to have a bit of fun of their own at Falstaff’s expense…

The Merry Wives Of Windsor is the only comedy that Shakespeare set in his native land, and with its witty mix of verbal and physical humour, the play celebrates a tradition that reaches right down to the contemporary English sitcom.

Directed by Nicole Charles and Elle While, the production stars Olivier Award-nominated Bryony Hannah (Call the Midwife, The Children’s Hour), Sarah Finigan (Suffragette, Upstart Crow) and Pearce Quigley (Hamlet, As You Like It) as Falstaff. This broadcast will feature exclusive behind-the-scenes insights into the play. 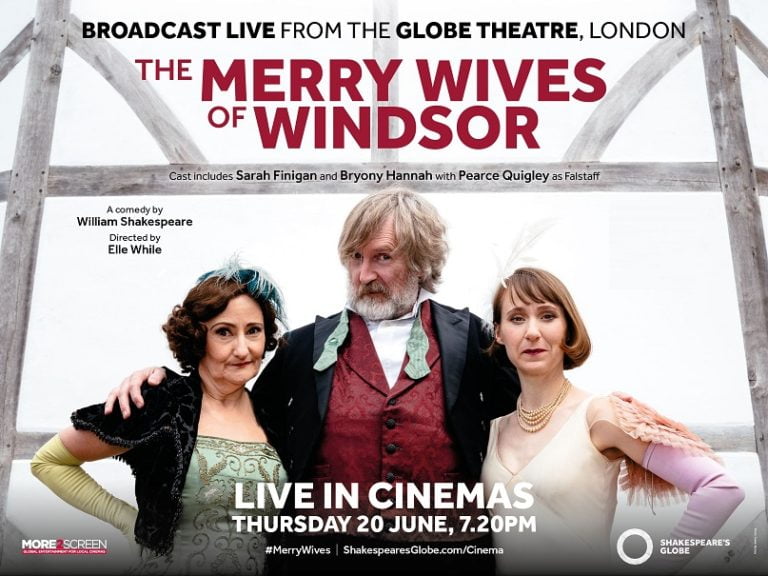