His Girl Friday and Hail, Caesar!

Our Winter Special is a comedy double.

We start the afternoon with Cary Grant starring in the 1940 His Girl Friday.
A newspaper editor uses every trick in the book to keep his ace reporter ex-wife from remarrying. She arrives at work with news she is quitting, and leaving that afternoon to marry a straight-laced insurance agent.
A slick and wonderful comedy from the early days of film.

After the meal, we have the Coen brothers’ 2016 Hail Caesar.
A star studied extravaganza (including Scarlett Johansson, Josh Brolin, George Clooney and Ralph Fiennes), the film follows a day in the life of Eddie, a Hollywood fixer in the 1950s who cleans up and solves problems for stars in the industry.
But when one of the studio stars disappears, he has to deal with more than the fix. 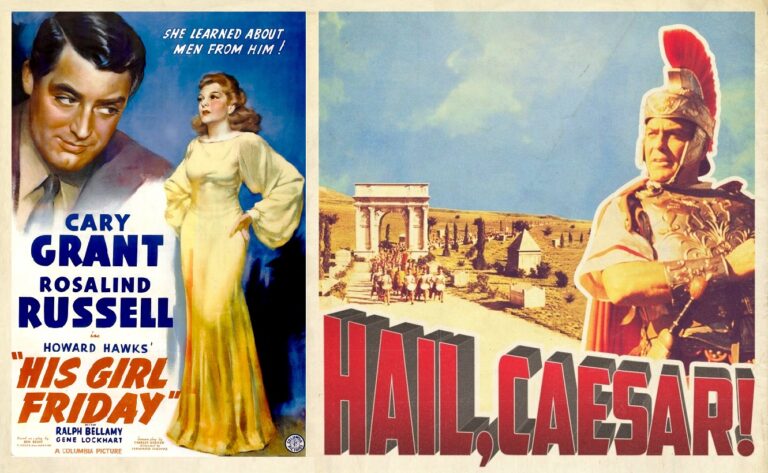