Double Bill & Meal – The Odd Couple and The Apartment

We have two Jack Lemmon films to lift us from the gloom of winter!

We start with the hilarious The Odd Couple (1968), starring Lemmon with Walter Matthau, two friends who try to share an apartment but their ideas on housekeeping and lifestyles are as different as night and day. Based on Neil Simon’s play, this brilliant pair of actors are perfectly matched and the film, though moving at times, is funny from start to finish – a rare comic gem.

After our meal we have The Apartment (1960), winner of seven Oscars and numerous other awards.
Lemmon plays mild mannered office worker C.C. Baxter. Why can’t he get into his apartment, so works late night every night?

Described as one of the finest examples of smart satiric comedy-drama ever created for the screen; its promotional poster says it all – “There has never been anything like this – love-wise, laugh-wise, or other-wise!”

Unlike our regular film presentations, booking is essential for Double Bill & Meal events. Menu details and booking forms will be available about a month before screening. 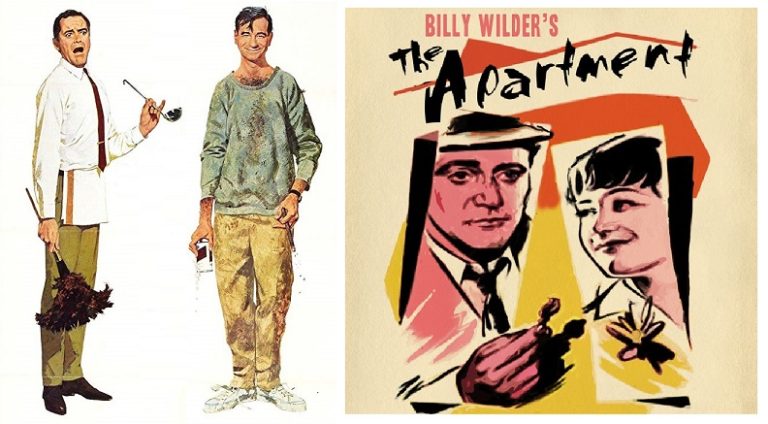