In post war Italy, a struggling working class man at last gets a good job, for which he needs his bicycle. But then it is stolen. The desperate father and his plucky young son set out to find it, combing the streets of Rome.

The film was granted an Academy Honorary Award in 1950, was voted one of the greatest films of all time, and 50 years later was still ranked the sixth greatest film ever. 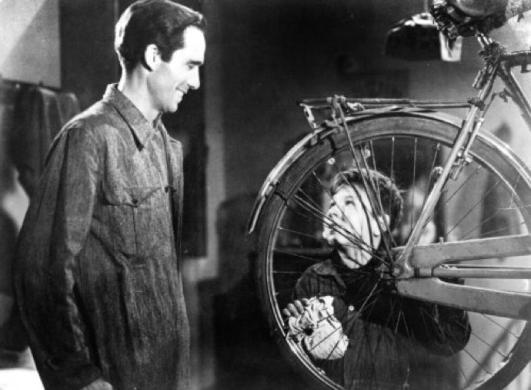