If you’re looking forward to the forthcoming performance of The Importance of Being Ernest starring David Suchet you might be interested to see the transformation of him to Lady Bracknell, hand-bag an’ all.

Please help spread the word about the page.

We will be showing The Winter’s Tale live from the Garrick Theatre at 7pm on Thursday 26th November 2015.

The first season of the Kenneth Branagh Theatre Company Live promises an exceptional series of plays broadcast to cinemas from London’s Garrick Theatre over the course of a year.

We will be showing Henry V  live from the RSC, Stratford-upon-Avon at 7pm on Wednesday 21st October 2015.

RSC Artistic Director Gregory Doran continues his exploration of Shakespeare’s History Plays with Henry V performed in the 600th anniversary year of the Battle of Agincourt. Following his performance as Hal in Henry IV Parts I & II Alex Hassell returns as Henry V.

Tickets go on sale six weeks before to members and a week later for non-members.

We will be showing The Rocky Horror Show live from London’s West End at 7pm on Thursday 17th September 2015.

A strange journey… on the way to visit an old college professor, two clean cut kids, Brad Majors and his fiancée Janet Weiss, run into tyre trouble and seek help at the site of a light down the road. It’s coming from the Frankenstein place, where Dr Frank’n’furter is in the midst of one of his maniacal experiments…

Ready to thrill you with its frothy, fun, and naughty moments, this is the boldest bash of them all, so sharpen those stilettos for the rockiest ride of your life! Follow squeaky-clean sweethearts Brad and Janet on an adventure they’ll never forget, with the scandalous Frank’n’Furter, rippling Rocky and vivacious Magenta.

Get ready for a night of fun, frolics and frivolity in this thrilling production of Richard O’Brien’s classic original script! Bursting at the seams with timeless classics, including Sweet Transvestite, Damn it Janet, and of course, the pelvic-thrusting Time Warp, Richard O’Brien’s Rocky Horror show is a non-stop party! 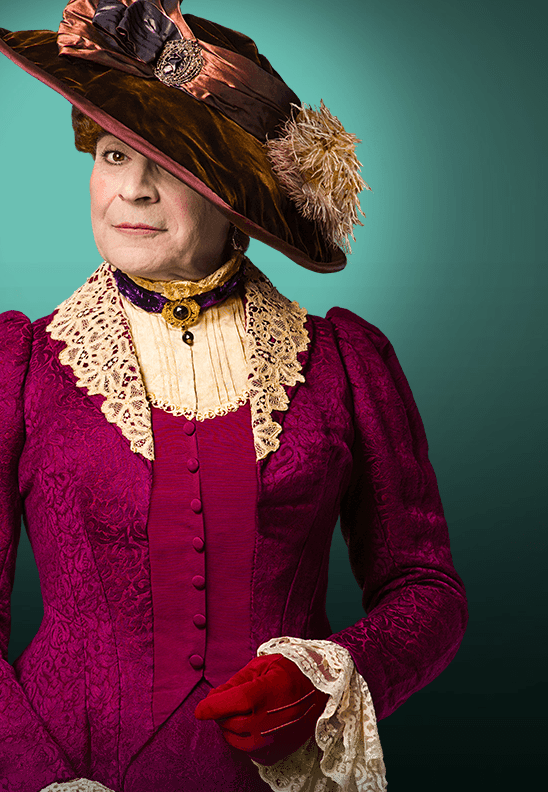 We will be showing Oscar Wilde’s The Importance Of Being Earnest live from the Vaudeville Theatre at 7.00pm on Thursday 8th October.

Poirot star David Suchet as the formidable Lady Bracknell in Oscar Wilde’s much loved masterpiece, which opened to rave reviews at the Vaudeville Theatre, London for a strictly limited season.

Directed by Adrian Noble, (Amadeus, The King’s Speech, Chitty Chitty Bang Bang) Wilde’s superb satire on Victorian manners is one of the funniest plays in the English language – the delightful repartee and hilarious piercing of hypocrisy and pomposity can still make you laugh out loud. 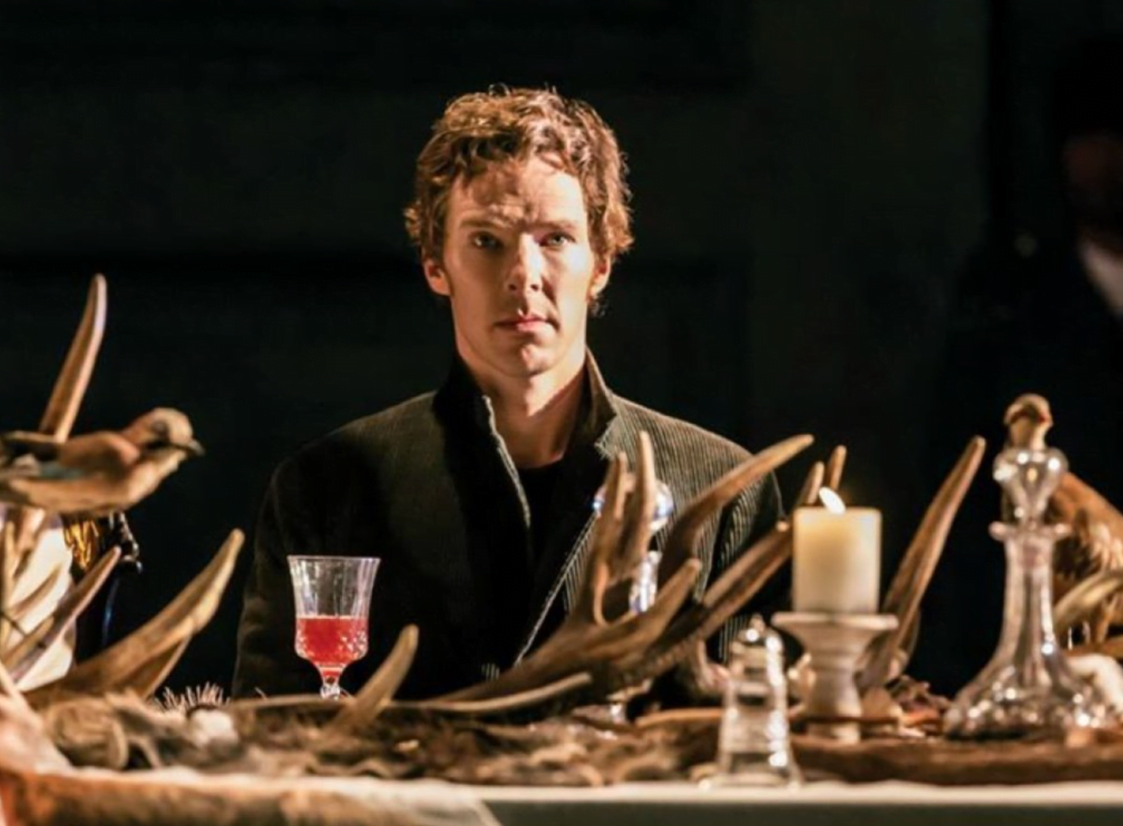 We will be showing William Shakespeare’s Hamlet live from the National Theatre at 7.00pm on Tuesday 15th October.

As a country arms itself for war, a family tears itself apart. Forced to avenge his father’s death but paralysed by the task ahead, Hamlet rages against the impossibility of his predicament, threatening both his sanity and the security of the state. 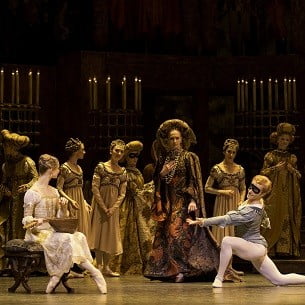 We will be showing William Shakespeare’s Romeo and Juliet live from the Royal Opera House on Tuesday 22nd September at 7.15pm.

This Romeo and Juliet is rich in the swaggering colour of Verona street life and in sword fights and celebrations, but MacMillan’s focus is always on the complex emotions of the young lovers – especially on Juliet as she journeys through the delirious happiness of first love to a shocked, adult perception of her fate. Juliet is one of the most coveted of all ballerina roles, and as MacMillan’s ballet enters its 50th year it resonates as deeply with audiences today as when it was first seen half a century ago. 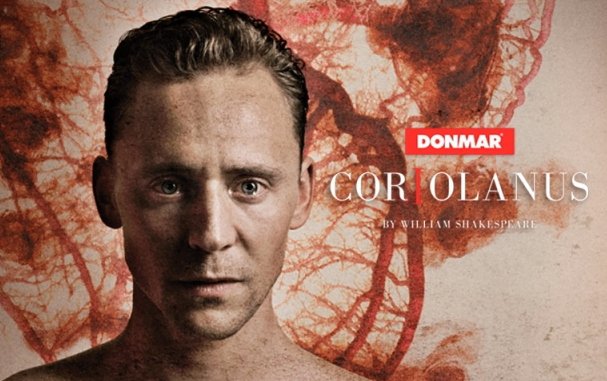 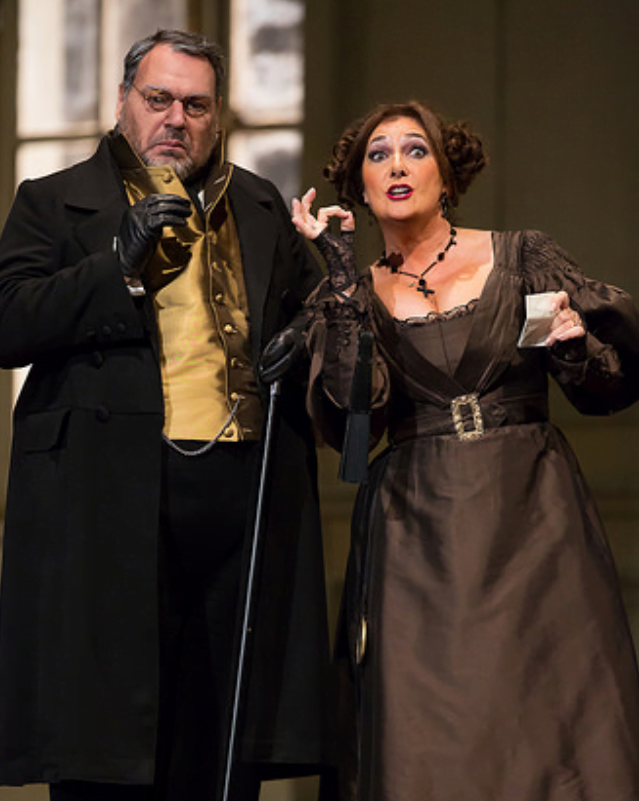 We will be showing Le Nozze di Figaro live from the Royal Opera House, London on Monday 5th October at 7.00pm.

Le nozze di Figaro was the first fruit of Mozart’s partnership with librettist Lorenzo da Ponte; they would go on to create Don Giovanni and Così fan tutte. For Figaro, Da Ponte adapted Pierre Beaumarchais’ controversial play Le Mariage de Figaro, which at the time was banned in Vienna due to its seditious content.

The opera was well received in Vienna but had only nine performances; its revival soon after in Prague was a tremendous success, and led to the commission of Don Giovanni. Figaro quickly entered the international repertory and has rarely been out of it since, admired as one of Mozart’s finest works.

David McVicar’s acclaimed production sets the action in a French château in 1830 on the eve of revolution, amplifying the opera’s undercurrents of class tension. The entire household is drawn into the notoriously complex plot, which covers all shades of human emotion: from spirited playfulness (such as ‘Non più andrai’, when Figaro cheerfully sends Cherubino off to war), to deep despair (such as the Countess’s grief at her husband’s infidelity in ‘Dove sono i bei momenti’). But affection and fidelity prevail in this most warm-hearted of operas: the Count’s plea for forgiveness in the final act, ‘Contessa, perdono’, is an especially moving moment.